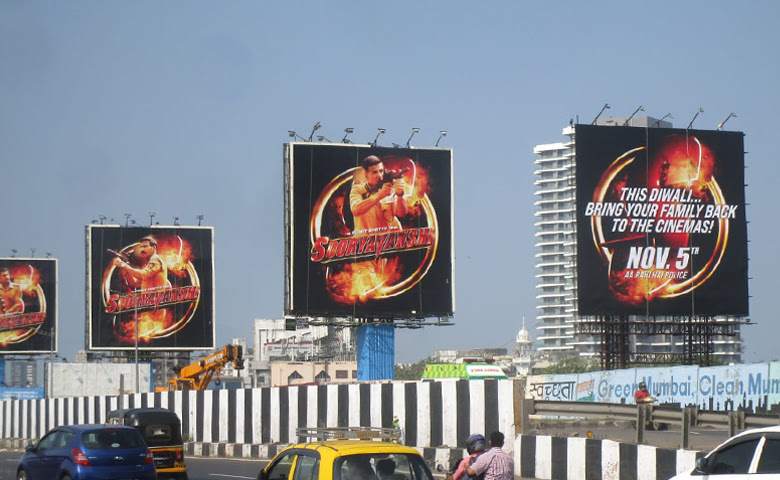 Bright Outdoor Media has executed the campaign with the message ‘This Diwali bring your family back to the Cinemas’. The campaign features promotion of big Bollywood release – ‘Sooryavanshi’, directed by Rohit Shetty and produced by Reliance Entertainment. The movie is set for release on November 5.